Gilgit-Baltistan: Inching towards constitutionalisation Part (I) 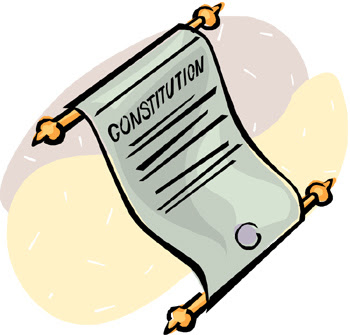 “Watever is best administered is best”, said Alexander Pope. This postulate seems to have the axiomatic validity even in the present era. To put it unexaggeratedly, the characteristics and attributes of governance become well discernible from handling of the day to day administrative business and the manner in which strategizing and policy-making gets underway in a system experimented with – the barometer being that of and the yardstick getting reckoned with how efficiently and unfailingly it delivers to those governed in tune with their aspirations and in juxtaposition with the key-problems being faced in the strict democratic parlance.

It is important here to pen down briefly the modes of governance that in G-B during the preceding 67 years for the information of those keenly interested in the region’s modern history. To begin with, Gilgit-Baltistan constitutes a region where amorphous institutional and essentially antediluvian models of governance prevailed since long in the post-liberation era with consequential queer dispensation sans any constitutional safeguards – a situation allowed to persist from 1947 till to-date regardless of the wishes and aspirations of these people who had valiantly threw off the yoke of the Dogras and courageously liberated an extensive area comprising 72,000 sq kilometer and acceded to Pakistan. The en masse upheaval leading to the liberation makes a unique story that becomes quite unparalleled in the sense that such a vast territory having been wrested was presented on a platter to the new-found land i.e Pakistan.

Put succinctly, region has all along been at the receiving end during its chaotic journey from 1947 to the present day during the course, and ipso facto it even lost its true identity id est the acronym G-B to the vague expression of Northern Areas with the still indistinct ellipsis (NA) in that stead, until it was belatedly done away with in 2009. As against the persisting and vociferous demand for a judicious dispensation and to put some order to a system, there used to be a constant display of languid apathy every time and a consequential dithering to address the core issues and in taking efficacious steps to introduce meaningful pro-people reforms in strict constitutional and democratic parlance. This slip-shod approach led to the marginalization of the people here who always bore the brunt of this lackadaisical and nonchalant approach in matters relating to a meaningful upgradation of the governance in this region to make the area socially, politically and economically viable at par with and in juxtaposition to other parts of the country.

To put it precisely, the people here have all along been at the receiving end insofar the incremental and meaningless changes imparted overtime in a slipshod manner in the quaint governance that ranged from the foisting of the frontier crimes regulation (FCR) upon the people in following the foot-steps of the British, to the subsequent variegated models experimented afterwards nonchallantly. It is noteworthy that FCR was first revamped in this territory in the aftermath of eventful liberation of this vast territory on November 1, 1947 and its accession to Pakistan that resulted into appointment of first Pakistani Political Agent on November 16, 1947. This was however, followed by a subsequent order of the Governor-General in Council dated 06.04.1948 whereby the Political Resident in NWFP was directed to act as Agent to the Governor General for the Gilgit Agency including the States in the Agency.

This however, marked the beginning autocratic governance in the area through the bureaucracy invested with unlimited powers handle the regional affairs to the detriment of those governed ad nauseam. In 1967, another such capricious change was witnessed with the creation of separate post of Resident for Northern Areas with its locus at Gilgit. Interestingly, he was vested with multiple powers ranging from head of the local administration to that of the highest judicature i.e High Court and from that Commissioner under F.C.R. to those of the Provincial and Revenue Commissionership. Naturally, any form of governance in which all the powers are concentrated in the hands of a single bureaucrat not answerable to the people is to be resented by the governed – something continued here as opposed to what remained in vogue in the rest of the country.

Come 1971, the administrative structure in place then comprised two administrative components known as Gilgit Agency and Baltistan Agency. Thus the overall control of the Northern Areas was kept uninterruptedly vested in the Central Government through the agency of the Resident who simultaneously used to exercise all the functions of a local Government for the Areas. As alluded to earlier, he autocratically acted as the High Court and Commissioner F.C.R. as well as the financial and Revenue Commissioner and was assisted by two Political Agents one each in Gilgit and Baltistan Agencies. In the absence of a legislative body in the region, the Resident exercised legislative powers in consultation with the Government of Pakistan to dole out legislation.

In hindsight, the chequered post-liberation history of the regional governance in G-B bears it out that a continued nonchalance and unabated indifference was all along exhibited excepting however, the reforms introduced in the area in early seventies whereby the States, Rajwara and Jagirdari systems and Frontier Crimes Regulation (FCR) were abolished and land revenue remitted. The region was re-named euphemistically as “Northern Areas” and the Resident and the Political Agent were re-designated as “Resident Commissioner” and “Deputy Commissioner” respectively. Some reforms were also made in judiciary to separate it from the executive to some extent and make it easier for people to have justice. For the first time, the people were given the right to elect their representatives to an elected body known as “Advisory Council” wholly devoid of any powers and having no say whatsoever in matters relating to governance in the area obviously because of being an advisory body as its name suggests.