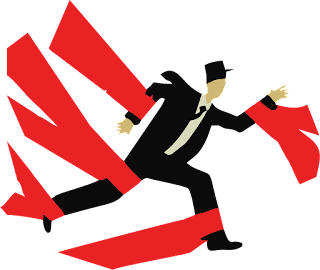 QUITE INDUBITABLY, the introduction of the ATM facility countrywide aimed at dispensing of and extending cash and other allied banking services mechanically/electronically has been highly facilitative and hence is commendable in that the system that remained in vogue earlier was tiresome and irksome because of a dilatory processes being resorted to at the respective bank branched when an account-holder would visit them for a simple transaction. Procedurally, a cheque had to be filled in and presented for its processing from one counter to the other until its being okayed and passed ultimately on to the cash counter. Indeed, the transition to online services and the ATM facility as currently available has eased all this as the insertion of the card and swiftly doing the password enables the card holder to draw amounts instantly in addition to seeking other allied services electronically. This became all the more facilitative in the case of pensioners who generally constitute the elderly, senior citizens who earlier, had to pass through a long, tedious and tormenting wrought by manual process to receive their monthly pension.

Quite exasperatingly, my ATM card was suddenly not entertained by the machine about six months ago ie in the last of December the year before at a time when I badly needed money from out of the balance available in my account. I tried and re-tried but the same situation persisted. This happened at NBP Danyore branch where I did not have my account and instead, I did the same at the NBP main branch Gilgit. Facing this embarrassing situation, I desperately approached the latter to lodge complaint about it and quite disconcertingly, it transpired that my ATM was temporarily blocked by them for the reason that a certificate duly attested by a magistrate thenceforward had to be procured bi-annually to the effect that the ATM Card-holder was alive which they termed the ‘Life Certificate’. They explained that these were the latest instructions issued by the State Bank of Pakistan (SBP) which had to be implemented in letter and spirit.

This was obviously very much disappointing for an elderly person and to put it, a senior citizen being forced to undergo the ordeal of what may called going from pillar to post to get his/her ATM unblocked because of the cumbersome procedure which one is not able to follow so easily by making rounds of kutchehris for seeking the attestation from a magistrate. Since I was badly in need of re-activation of my ATM for obvious reasons, I strove and after much efforts, presented myself before a magistrate/tehsildar(B.16) at the nearby Gilgit tehsil. There was a great rush and as such I had to keep waiting until my turn came after some time. I presented to him the application the prescribed format meant specifically for the “Life Certificate” together with my CNIC.The latter having a look at my CNIC and the other at me, said it would be better to get the attestation or verification done at my own tehsil id est Danyore which was 03 miles away from central Gilgit. I insisted that it was a simple matter of just having a look at me and then at my CNIC for doing the needful and this should be allowed by any magistrate anywhere throughout the country in an unhindered manner. Upon my insistence however, he did it. I brought the certificate and presented to the bank officials maintaining my account. With such a long struggle, I got my ATM unblocked eventually. Since the certification is likely to epire by the end of current month, the same will happen again and my ATM through which I withdraw my meager monthly pension, would be blocked pursuant to the SBP instructions under reference.

One utterly fails to understand the rationale giving rise to such policy-making by the SBP to make it mandatory to get a magisterial attestation concerning the subject matter while this could have been eased by way of empowering the manager of the bank concerned to carry out the required attestation and do necessary certification. For instance, I got it done at the tehsil office with a tehsildar (B.16) attesting it while the manager of NBP with the status equivalent to what is called B.17 and 18, could have done this more aptly. Had it been the case, I could have it done rather easily to the respective manager of NBP. What becomes all the more advantageous and logical in such a re-procedurizing is in sum, that the bank concerned already has the record relevant to all its account-holders. It is therefore a strange logic employed by the SBP in making it mandatory for the pensioners (all above 60 years) to seek attestation from a magistrate at least of the rank and status of a tehsildar B.16 instead of vesting the authority in the respective managers of SBP/NBP who are equal in status and ranking to B.17 and above. It is high time that this arbitrary policy is reviewed and done away with by the SBP to empower the respective bank managers to competently verify/certify in the above case and issue necessary life certificate to mitigate the hardships of the poor pensioners.