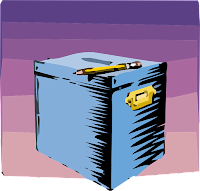 Quite propitiously, there appears to be a smooth sailing in the context of a peaceful transition from the incumbent government to the second caretaker govt. Eyes are now fixed at the prospects of electing the third government, reminiscent of the nascent democratic dispensation specific to GB.

The second caretaker Chief Minister Mir Afzal Khan – a retired senior police officer – was sworn in on 24th in the wake of completion of 5-year term of the outgoing PML-N government, led by Chief Minister Hafiz Hafeezur Rehman.

As emanating from social media, names of a number of individuals from different shades of opinion stand listed for sifting for the caretaker cabinet and will be administered oath soon. Nonetheless, what remains afloat so far on social media lends credence to the fact that a number of the aspirants are getting their names bandied about indirectly obviously for induction against the ministerial slots. Be it as it may, the dust will be soon settle and things will be clear in a matter of hours how many of them succeed. Undeniably, the interim setup or to put it the caretaker government this time round gets tasked with the crucial assignment of facilitating fair, transparent, timely and peaceful elections for GB Assembly in the face of an alarming pandemic spike within the stipulated period of 90 days.

This made abundantly clear that the present government is firmly resolved to hold general elections in GB regardless of any impediments resulting from a recent surge in the pandemic with rising number of Covid-19 patients across GB. As remains the case with a caretaker government, its prime responsibility is to facilitate administratively the election commission to hold fair and free elections and that too within the stipulated period to ease unhindered transition to the next elected government. In such scenarios, a caretaker government with the immaculate credentials of neutrality and nonpartisanship was required to be put in place at once. To some, a crucial point equally ponderable is the imperative an intra-bureaucratic shuffle to be resorted to by the caretaker government in the very first phase. This is considered vital in the context of ensuring that the bureaucrats having spent a stint with a particular sitting government might develop biases in favor of that particular government or the party. Their transfer ten, therefore, necessitated in order to ensure holding of the free and fair elections quite untrammeled. With all such action to be taken to meet the expediency, decks will stand cleared to pave the way for the individual candidates to go on the campaign trail and slug it out during the course in order to help form the upcoming government attuned to the democratic spirit. A paper editorially emphasized the other day that NAB equally needs to go ahead with its mandated functions to preclude the ones having amassed looted from influencing the process by using it. As alluded to before, the prospective elections in the face of the spike in Covid-19 in GB truly makes it an onerous task for the caretaker government to proceed ahead with this fundamental task.

In retrospect, it is to be recalled that while hearing the case , the CJ of the Supreme of Pakistan Justice Gulzar Ahmad while heading the petition of the federation regarding putting in place caretaker government before holding general elections in GB, a 7-member larger Bench, allowed the government to hold general elections in GB and as prelude, setup a caretaker government. Moreover, the SC observed that the people of GB should be given the same rights which are available to the citizenry of Pakistan. During the course, Justice Ijaz Ul Hassan remarked under what laws the earlier elections in GB were held also noting why the government did not make necessary legislation till this date in this context after the Supreme Court decision of 2019. It is to be seen that after the enforcement of Gilgit-Batistan Empowerment & Governance Order 2009, first elections were held in GB the same year which was followed by the very second elections held in 2015. And now, polls for the third GBLA elections have to take place in the wake of completion of 05-year term on June 24.

Given the provision of the Empowerment & Self Governance Order 2009, contemplative of and encompassing administrative, political, economic and judicial reforms, it is for the very first time that the elections were held in the same year which resulted into assumption of the public office by Syed Mehdi Shah as the first chief minister GB. A Council Council comprising 15 member was also brought into being with its chairmanship accordingly vested in the prime minister of Pakistan. The constitution of the Council was such that it consisted of 06 of the federation while other 06 were to be inducted from amongst the members of the GBLA. In addition, the Chief Minister of GB and the Governor were made its members.

In May 2018, the federal government introduced reforms Order pursuant to which, Gilgit-Baltistan legislative assembly was renamed as GB Assembly. Moreover, the Citizenship Act of Pakistan, 1951 was adapted and made enforceable in GB,. The name of Gilgit-Baltistan Chief Court was changed into Gilgit-Baltistan High Court . Pursuant to this Order, the citizens of GB were vested with the right to invoke the jurisdiction of any of the high court of the country while the legislative powers of the Council were transferred to the GB Assembly. But nevertheless, it was decided the Council will continue as a mere advisory body. Significantly, the Prime Minister of Pakistan had only such powers in case of GB as he did in the matter of the provinces of Pakistan. Giving the powers equal to those of the provinces was principally agreed to while doing so practically can be possible until the plebiscite as to accession of Kashmir and GB is held. It is to be recalled that GB Order 2018 was challenged by some locals before the GB’s Supreme Appellate Court which culminated in it suspension by the said court but nonetheless, the Supreme Court of Pakistan intervened and restored the said Order in August 2018.

Sometime back as the term of the PML-N government in GB was nearing completion, an important meeting which was presided over by the Prime Minister, was held in Islamabad to contemplate measures aimed at holding general elections in GB in which it was decided that the elections in GB would be held as per Order 2018 whilst extending the jurisdiction of Election Act 2018 to GB. Since there was no proviso whatsoever, concerning the ‘Caretaker government’, in Order 2018, but nevertheless, a clause to this effect was inserted into it by way of an amendment in 2014. It is noteworthy that there was likewise no clause in both Orders 2018 and 2019 which led the federal government to approach the Supreme Court for grant of necessary permission for the insertion of provisions relating to the Caretaker setup. Let it be believed sanguinely that the caretaker Chief Minister GB who has been sworn in today (June 24) would undertake all measures necessary to hold the general elections in GB acceptable to all parties to help the process go on fairly, transparently and democratic manner.

In short, the intervention of the SC and resultant issuance of consequential directives dated April 30, resolved the issue altogether and paved the way for the setting up of caretaker government for holding elections in GB. These elections aimed at induction of the 3rd successive government on one hand, assumes great significance insofar as justly and judiciously evolving the democratic process here is concerned. People at large, are required to freely exercise their will to vote in such people who may be worthy of representing them. Democratic evolution anywhere could be in sum that a constant synthesis gets all along underway to evaluate the competence of individual contestants in order to sift out only those who are genuinely committed to resolving the region’s core issues. It is such a democratic spirit alone that can cumulatively be generative of a truly representative government.

The writer is an Islamabad-based freelance contributor, blogger. He can be reached at Email: shamskazmi.syed@gmail.com
For details visit Blog: windowtogb.blogspot.com