The Faultline Between Pakistan & G-B (II)

WENEVER IT CAME to holding a consultative meeting and a table talk with the local leadership for taking them in to confidence, he would always pose dictatorially himself acting like a Military Governor of an occupied territory. He declared himself as the Political Agent appointed by Pakistan Government and imposed Frontier Crime Rules (FCR) in Gilgit. He is referred to as having threatened the local people that if they did not abide his orders, he would go back with Maj Brown, leaving them at the mercy of the Dogra Forces to retake them. (Brown page: 226) During a meeting, Sardar Aalam Khan, the self-made Political Agent, scolded and humiliated Sub.Major Babar Khan the key-person and the leading hero of the successful revolt against Dogra. The humiliation it is said, was resorted to in presence of other princely figures of Gilgit, who were all very closely related to him. Sardar Aalam Khan warned Babar Khan to confine himself only to his duties in military barracks. (Brown page: 287). In such a way, Sardar Aalam Khan reduced and humiliated each and every local elite. Despite obtaining further advice from Qaid e Azam, he threw Gilgit into slavery to suffer an uncertain future indefinitely. A people who were imbued with limitless fervor and fidelity for Pakistan and had a deep yearning to become peaceful Pakistani citizens were subjected to the worst, the ugliest, most un-democratic, un-ethical and unjustified dispensation. Later, it was discovered that Sardar Aalam Khan was a follower of Baacha-Khan the famous pro-Indian Congress-man and a personal friend of Jawahir Lal Nehru. Sardar Alam Khan never attempted to have a friendly and decisive talk with the local leadership to take them onboard for settling crucial matters and help inking a “Treaty” or Memorandum of Understanding/Annexation between the leadership of Gilgit and himself as the “representative” of Pakistan. 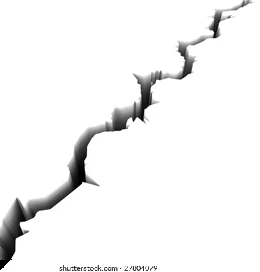 Icons on the Pantheon of Gilgit-Baltistan

November 05, 2020
By   Syed Shamsuddin   CUSTOMARY IT HAS been eversince 1947, to commemorate 1st November each year with fitting jubilation and pomp, across Gilgit-Baltistan as the epoch-making triumphal day on which the regional people unshackled themselves and threw off the yoke of servitude fastened to their necks by an unimaginative power id est the Dogras who had forcibly occupied the territory about a century back in connivance with and at the instance of the British India. This initiative therefore, is aimed at paying glowing tributes to, and eulogize the gigantic contribution and achievement of the iconic personages – the victors (ghazis), martyrs (shaheeds) and those who got injured terribly with some losing thier limbs and thus heroically became the change-makers in the regional history at such a very vital point in time and such critical moment and as such emerged as the symbol and source of hope, courage, determination and inspiration to put it succinctly. The momentous struggle marking the
Post a Comment
Read more