The Faultline Between Pakistan & Gilgit-Baltistan

The territory currently called “Gilgit-Baltistan” comprising an extensive area of about 72900 sqr km is encircled by four “Nuke Powers” i,e; China, India, Pakistan and Soviet Russia. It is home to about 1.5 million of people with a diverse demographic constitution to be reckoned with as 40 percent (approx) Tibetans, 40 percent Indo Arians and 20 percent consisting other different ethnic groups. The past history of the region is such that it comprised a cluster of more or less 12 independent States or dominions ruled over by a few dynasties. During 18th Century AD, Dogra Forces conquered Gilgit & Baltistan and made it a part of the Jammu & Kashmir (State). In August 1947, a close relative of the Maharaja of Kashmir, Brigadier Ghansara Singh was posted to Gilgit region as the new Governor of Gilgit whilst the British Officer Major William Brown as the Commandant of the Gilgit Scouts - an arrangement that continued untill 31st October, 1947. With the emergence of Pakistan on the world map on 14th August 1947 as the homeland for the Muslim population of the subcontinent, the whole population of Gilgit & Baltistan groaning under the oppressive suffocative rule of the Dogras, resolved to throw off yoke of subjugation foisted on them by the Dogras. Ever-since the forcible occupation of their land the latter aiming at and resolutely yearning to join Pakistan. 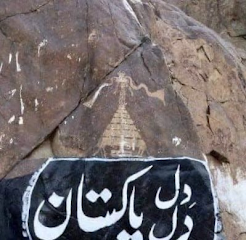