The Passing Away of A Great Intellectual! 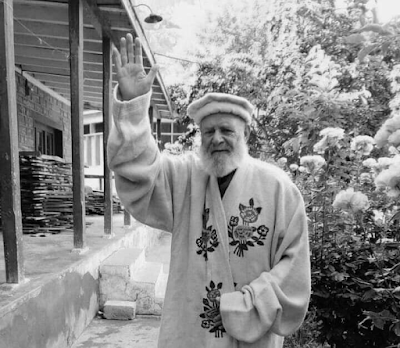 Saddened indescribably and shocked profoundly to learn about demise of Agha Syed Muhammad Yahya Shah - a great intellectual and sage who dedicated his entire life and yearned for bringing about a grand socio-political transformation in Gilgit-Baltistan. I well reminisce the days when I first saw Agha Sahib in early seventies, in his ebullient youth. It was the time when they had successfully brought about change and the Mirdoms of both Hunza and Nagar were abolished. In Nagar, late Qurban Ali and others accompanied him while there was a parallel movement underway in Hunza which was spearheaded by late Mola Madad, Muhammad Shafi Advocates along with others. This is precisely only one dimension of the sterling characteristics of late Agha Sahib while there are numerous aspects which single him out for his consistent striving in seeking a positive transformation in terms of governance in Gilgit-Baltistan. He equally embarked on an assiduous research work on how to develop the region, be it in terms of tourism, agronomics etc. In this context, he made a significant contribution to the Agha Khan Rural Supports Programme (AKRSP) in eighties while on the other, he endeavored to bring into the limelight the touristic spots in Nagar. I remember well how he got a brochure on 'Thagaphari' in Minapin, printed which was perhaps followed by firstly experimenting with a majestic tourist hotel which seems to have greatly popularized by now. Best known for his repartee, Agha had a charismatic personality and had invented a style of his own to immortalize him. 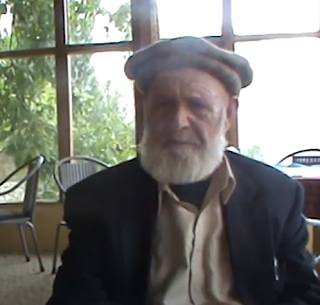 His style was at once direct rather than circumlocutory, simple rather than baffling, unaffected and homely rather a labored jargon. Instinctively, he discarded all recondite formalities incidental to superscription and as such he would plunge directly into the very spirit of the subject, and in quite graceful and inimitable style, conveyed his thoughts and opinions in chaste, very well chosen, choicest, piquant and impeccable words, lending terseness and piquancy to diction. He was used to always expunge prolixity and would adopt brevity instead one was bound to be spellbound listening him. I am certain he may have left a proud heritage of his assiduous researches and great literary work to unfold its exactness and extent. One would wish have access to such a treasure for being able to highlight. Famed columnist and former Heath Secretary G-B Dr Abdul Jalil, in his FB comments on 11.04.2021, summed up characteristics of late Agha Syed Yahya Shah in these words: ‘A legendry figure who remained in the politico religious horizon of GB for a considerable period of time passed on to eternity quietly. He was a moderate person who always shunned extremism. He was an orator parexcellence and his rhetorics always disseminated moderation and love and a peaceful co-existence among all factions of people inhabiting GB. He will be remembered by his well wishers for quite a long time. We are from Allah unto him we shall return.’ Izhar Hunzai -once heading AKRSP, in his FB dated 11.04.2021, eulogizes Syed Yahya Sha as follows: 'Syed Yahya Shah was a true community leader of GB. His services to the area on the political, religious, ecological and social fronts are unforgettable. He was a luminary in the true sense of the world. When AKRSP started its work in GB in early 1980s, he was one the first local leaders to support its mission and became a close comrade of Shoaib Sultan Khan. He was an inspiration to many of us young professionals. It was a great pleasure and honour to work with Shah sahib on many creative and innovative ideas, including community-led conservation and ecotourism initiatives (forests, wildlife and village guest houses), supported by the GB government, IUCN and AKRSP, which became role model programmes for other valleys. Shah sahib was not only a scholar and thinker, but also a true knowledge worker, and practiced what he preached. He was a true reformer, a progressive religious, political and community leader, a mentor and friend. Giants like him are indeed born once in a 1000 years. Sincere condolences to Shah sb's immediate and extended family, followers, and communities of Barr Valley, larger Nagar and the whole of GB. Good bye, our beloved, honourable leader, mentor and friend, Syed Yahya sahib.' Shah Makeen, a development expert belonging to G-B commented: ‘GB lost a great leader of the time. His contributions to put Nagar on the path of development is very hard to forget. Condolences to his all family members, near and dear ones. His deeds are more than enough to provide him a great place in Jannah. Prayers for eternal peace. Ameen'. Another, Masood Ahmad Sherazi – a serving officer of Customs remembers late Agha Yahya in these words: ‘ Great loss for the entire GB. Had met him several times , especially , the site of his trout fish farm at Jaglotgah . He always remained in the persuit of his innovative ideas & trout fish farming in private sector was his brainchild . It was also his enitiative in the field of modern mechinized farming ( agriculture). He was vocal and, at times , used funny phrases to elaborate his point, like, “ mery jholy mein es k sewa rakha hi kia hay , ...... ki daarhee hay ya ........ ki Gaarhee hay “. He was frequent motivational speaker at AKRSP,s functions in Nagar & Hunza ‘. 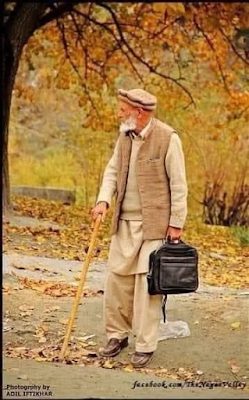 I had had the privilege of having access to some of his research material in mid-nineties which stands adverted to in ‘The Window to Northern Areas, Episode (II&III)’ published in The Muslim, July 5 and 6 1997 respectively as placed in this writer’s blog ‘A Window to Gilgit-Baltistan, excerpted as follows: “It redounds to the credit of Agha Syed Yahya Shah – a scholar known for untiring efforts and painstaking researches on the culture, language, ethnic background of the people of Gilgit-Baltistan which enabled him to draw irrefutable conclusions on the basis of historical evidence. As narrated earlier, his research divulged that the tiny kingdom of Brushal - a term connoting the habitat of Brusho, attaches immense significance. It is noteworthy that Brushaski is spoken in both the valleys of Hunza and Nagar besides in a part of Yasin in Kohi-Ghizar while in the rest, Shina is largely spoken in Punyal, Gilgit, Chilas, Darel, Tangir, Astore and Shinaki southwards. In the Tibetan dictionary published from London (1818), the term Brusha denotes a country west of Tibet in the kingdom of Ladakh written in 1977, Brusha has been discussed in chapter one. Likewise, in Kacho Sikandar Khan’s book titled “Leh Ladakh”, this discussion emanates at page-49. The Tibetan name of Gilgit appears to Brusa or Broosh. In Yusuf Girgan’s history of Ladakh, the name of Gilgit in Balti has been described as Brushal. In the classics of Baltistan, it is invariably alluded to Brushalpa meaning the people of Brushal.

To me, it is indeed, an onerous task to encompass his versatile genius and delineate his multi-faceted, towering personality - so great in stature. Brutally truthful and transparently candid he was, he was endowed with broad sympathies and invested with a very positive outlook on society conducive to the co-existential norms - something he would persistently advocate. The write-up on him will end in futility if at all no mention is made of the inexhaustible fund of of wit and humor he was in possession of. May the departed soul rest in eternal peace. Amen!