Each year, Ist November is celebrated in Gilgit-Baltistan with great fanfare, marking the day on which the regional people rose successfully and so proudly rose en masse in revolt against the Dogra occupiers. A unique revolution indeed, it was so valiantly undertaken without any assistance whatsoever, from outside. The grand celebrations of the day to be followed in their heel by those of 14th August 1948 commemorating the momentous occasion of liberation of Baltistan, glowing tributes are paid to the Ghazis and Shaheeds in a befitting manner. Volumes can be written about them all for their supreme sacrifices but space constraints may dissuade. Given this, a precise writing like this outlining the historic feats of bravery and supreme courage has to be consecrated to them as mere token of eulogy on that score. Let the first thing first taking start with the great revolutionary character - Raja , Ghazi Muhammad Babar Khan, Fakhar-e-Kashmir (Sitara-e-Quaid-e-Azam), son of late Mir Shah Sikandar, ruler of Nagar State, (1916-1973), who got enlisted in the oldest and traditional corps of Gilgit Scouts as Viceroys Commissioned Officer (VCO) in 1935. Consequent upon the lapse of paramountcy in the subcontinent in the year 1947, Gilgit-Baltistan was forcibly made over to the Dogra Maharaja of Kashmir by the outgoing British administration in India. Later Captain Muhammad Babar Khan, then Subedar Major in the corps of Gilgit Scouts was the veritable linchpin of the vital formation and wielding immense clout among the general public at Gilgit, was destined to stage the very successful revolution at Gilgit by enlisting the support of the scouts personnel as well as the local people, by dint of his dynamic leadership, inspiring guidance and above all, his exemplary courage – spearheaded the epoch-making revolutionary step culminating in the toppling of the Dogra Governor Ghansara Singh at Gilgit on 1st November, 1947. Here, an attempt has been made to cull and excerpt references which would hopefully address certain crucial questions about the oft-alleged inability of the liberators of Gilgit-Baltistan to continue with the interim government they formed in the aftermath of the independence until accession to Pakistan.

It is to be noted that this heroic action was followed by and led to subsequent triumphal struggle until liberation of the whole of Baltistan on 14th August 1948 and pushing ahead with the fight so tempestuously on fronts on the east as far as Kargil and Zoji La. Precisely, the chief aim of the supreme liberation struggle resulting into freeing of 28000 sq miles extensive territory, was in sum, nothing else than its annexation with the new-born Islamic Republic of Pakistan as also becoming very well evident from the vociferous and slogan-raising of ‘Pakistan zindabad’ by Captain Mirza Hassan Khan’s company of 6th Infantry battalion on its way to Bunji to replace the 5th Infantry. The said J&K Infantry Company commanded by Hassan Khan (MC), started shouting Pakistan slogans at Bandipur as related to Brig Ghansara Singh to have recorded in his memoirs “Gilgit Before 1947”. In his diary dating back to 1955, Raja Muhammad Babar Khan notes: “After arrival of the State forces at Bunji, the officers of the 6th J&K Battalion came to Gilgit to meet the Governor Brig Ghansara Singh. On this occasion, Mirza Hassan Khan, who was a Captain the 6th J&K Battalion came too. When I talked to him, he made a firm promise that he along with his Company would join us. This was yet another success because of an imminent showdown with the 6th J&K troops. I assured on my part that mustering support of and preparing both the Scouts and the public for the upcoming events would entirely rest with me while seeking his help only in the matter taking into his confidence the three Muslim officers who belong to his Battalion and also help meet them with me. He said it will be his sole responsibility and exhorted me not to worry the least in that matter. A few days later, he informed that two were ready i.e Lieutenant Saeed, Lieutenant Haider Khan but nevertheless, about Lieutenant Mohammad Khan, he said he could not succeed to bring him round to his point of view. Upon this, I told him lest Mohammad Khan should pose any trouble for us. Hassan in reply said he Mohammad Khan would not dare tell it to anyone else but he is nonetheless, coward. We three (meaning Hassan, Saeed and Haider) have threatened him of dire consequences whilst swearing him. Moreover I haven’t broken any secret yet and will arrange meeting with Saeed and Haider tomorrow. The other day, I, Hassan Khan, Saeed and Haider went out on the pretext of a walk along ‘Sardar Kool’ and while at the tunnel there, we all the four swore by the Holy Qura’n.” This makes it well construable that close, coordinated secret efforts and tactical planning remained underway in connection with the grand revolutionary action at Gilgit. 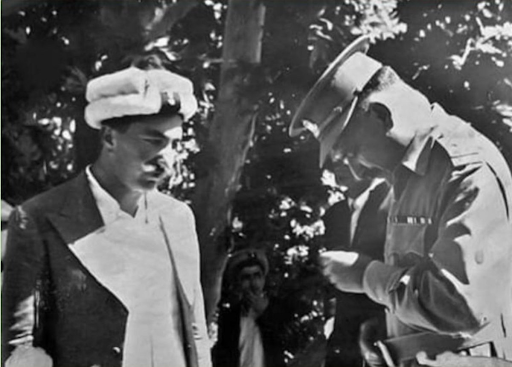 It is worth mentioning that Major Brown refers to cultivation of similar sentiments among the Muslim elements of the 6th J&K Infantry battalion at Bunji under page 125 of his book ‘The Gilgit Rebellion” as follows: Evidently a few days ago, there had been a disturbance in the lines of the 6th Kashmir Infantry. The Sikhs and Dogras on one hand and the Muslims on the other had banded together and attacked one another, each shouting their respective war cries of “Hindustan Zindabad” and “Pakistan Zindabad”. Fortunately, the outburst was so sudden that there was no time to resort to arms, before the Officers got the situation under control. But a fair amount of damage was done with sticks and stones to both sides.” It is here again in this page stands recorded as follows: “An express telegram was sent to the Governor of Gilgit Province by the Kashmir Government (I think this was the first communication the Government had sent since Kashmir took over the Province) ordering him to place Captain Mirza Hassan of the 6th Infantry under close arrest forthwith, and to send him under escort to Srinagar. The Governor, after consultation with Colonel Majid, decided to take no action on this order which if obeyed would most certainly have lit the fuse of the powder barrel. This was one of the few wise acts the Governor did in his brief term of office, though he must have been considerable influenced by the more astute brain of Colonel.” Likewise, Brown mentions at page.126-27 ibid: “ Now apropos of recent incidents in Chilas, my own informers brought me the information that the now notorious Nagir Havaldar, whose name incidentally was Nadilo was in the habit of holding daily conversation on the telephone with Captain Mirza Hassan in Bunji. 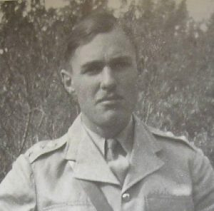 They were unable to give me details of the theme of these talks however. So I summed the situation as follows: There would shortly be a revolt in the Gilgit Province in favour of Pakistan. The revolt would be led by the Scouts backed by the Muslim elements of the 6th Kashmir Infantry.” Under the same page of the book, Brown mentions of the superiority in weaponry as well as training of the 6th Kashmir Infantry: “At the first hint of these troubles in Chilas he would have sent a strong unit of Sikhs and Dogras down from Bunji which with superior weapons and training would have either liquidated or disarmed the garrison.” It is also profitable to refer to Brown’s clear intent to thwart the Provisional Government when says at page.167 of his book: “I have never been imbued with a spirit of false bravado, and I now fully appreciated the danger I was in. At every move, I was thwarting Mirza Hassan and his satellites from their dream of a United States of Gilgit.” He mentions at page.156: “I now received word through an orderly that Captain Mirza Hassan had arrived and was partaking of breakfast in Haider’s Bungalow. I went there immediately and found him tucking into scrambled eggs and toast. He stood up as I entered the room and greeted me effusively with cry of: “Pakistan Zindabad! Major Brown, it’s good to know you are on our side too. Good show, good show! Ridiculing Raja Shah Rais Khan, he says [page.163]: : “I handed round a tin of Craven A cigarettes. Eyes lit up. There is nothing like a free cigarette. Shah Rais created a diversion by lighting the cork tip by mistake. He succumbed to a fit of choking. Smiles were playing round many lips now and the atmosphere was much easier.” In the same vein, he pooh-poohs Babar in his book again and again by saying: “Baber gazed glumly at the floor muttering, “bara nushkil, Sahib, mushkil” which means “very difficult, Sir, very difficult.” At page 153 ibid, he remarks tauntingly about all the Ghazis: “This completed, I gathered a posse and went along to the Polo Ground to see the self-styled Ghazis (holy warriors). They were in a high state of excitement and gave me tremendous greeting. They crowded round me, falling over each other to shake hands, and congratulated me on the downfall of Hindu Rule and the success of the revolt so far.” Moreover, it also transpires that Major Brown proposes a dictatorial rule to be foisted in Gilgit in the aftermath of the upheaval vide page.192, under Chapter 'Coup d'etat' of his book as follows: "If peace and tranquility were to be maintained, an alien dictator must assume complete power, a dictator such as the Political Agent was before Partition..." 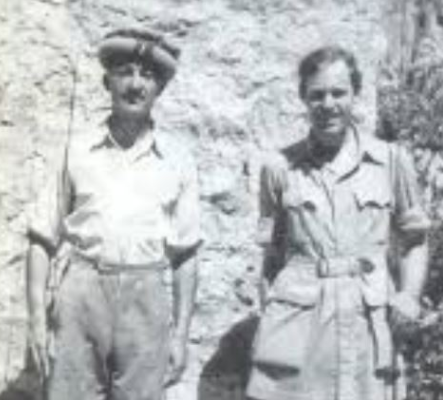 Put it precisely, a cursory look at and a bare perusal and even a desultory reading of his ‘The Gilgit Rebellion’ replete it is with innuendos, direct or indirect castigations, it is not very difficult to note how Major Brown was wonted to use vile language against these brave men of the historic Gilgit revolution. A meticulous study and minute evaluation of the fore-mentioned versions would sufficiently lay bare how the endless manipulations, intrigues and divide et impera akin to and in line with the endless machinations of “The Gilgit Game” era to be called the neo-Gilgit Game, got underway at the very inception to create a haze so surreptitiously yet wittingly engineered by adversarial forces as to the otherwise clear intent of this grand revolution staged by the regional people to join Pakistan which resulted into endless ramifications in the geo-political parlance. Evidently, the persisting state of the constitutional limbo this region is in, becomes straightaway ascribable to a tinkering with Gilgit-Baltistan’s original history.